What is Peak Season?

When checking out various online dictionaries for a definition of peak season, one finds the meaning is a period of time in which tourists visit the most. But what is peak season as it relates to logistics? Switch out the word tourist with containers and/or packages and you get the supply chain market’s version of peak season.

Traditionally peak season within the supply chain occurs during the summer months through September or October for ocean containers, while for packages it is typically between the Thanksgiving holiday through the first week or two of January. Both seasons are connected as inventory arrives from Asia, Europe or elsewhere in ocean containers during the summer months, trucked, railed or a combination of both to retailers’ warehouses in preparation for the holidays which, in terms of sales, can mean upwards of 40% to 50% of retailers’ annual sales.

For FedEx, UPS and USPS, peak season means more vehicles, more workers and more volume. A costly period for all three but if done correctly, that is, the delivery of packages on time and not damaged, the reward means higher customer satisfaction, profits for the company and perhaps new business.

Historically, FedEx, UPS and USPS could forecast and plan for the small package peak season fairly well. However, e-commerce has changed everything and each year has brought a new set of problems to the three major small package providers. An avalanche of packages, faster delivery times and last mile delivery options for customers such as redirect, alternative delivery locations, special messages to the driver, etc. have completely disrupted peak season logistics.

Are FedEx, UPS and USPS ready this year? According to FedEx, it plans to hire about 55,000 workers, nearly 10 percent more than last year. It also is expanding its U.S. ground-shipping operations to six or seven days (depending on location) per week for the shopping season and will extend the six day week throughout its U.S. network all-year round.

UPS expects to hire about 100,000 seasonal employees and USPS also plans to hire workers throughout its network. With the National Retail Federation predicting another strong holiday season, FedEx, UPS and USPS will be even busier this year compared to previous years.

Head over to carrier websites for important peak season dates to keep in mind for our friends at FedEx, UPS and the USPS.

Weekly actionable advice to keep costs down and improve your transportation management. 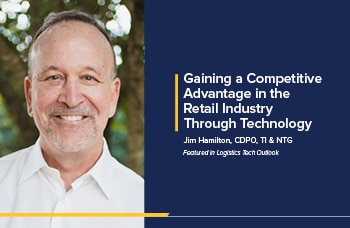 Gaining a Competitive Advantage in the Retail Industry Through Technology

Feeling the pinch of carrier surcharges and other rising transportation costs?

The COVID pandemic accelerated many trends in consumer behavior. It exposed risks both on the supply and demand sides of the supply chain. Supply chain strategy now needs to consider many of the adopted behaviors to be permanent. Companies have to be able to support multiple fulfillment channels, efficiently handle returns and insulate themselves from regional disruptions across the globe.

READ MORE
Back to Blog